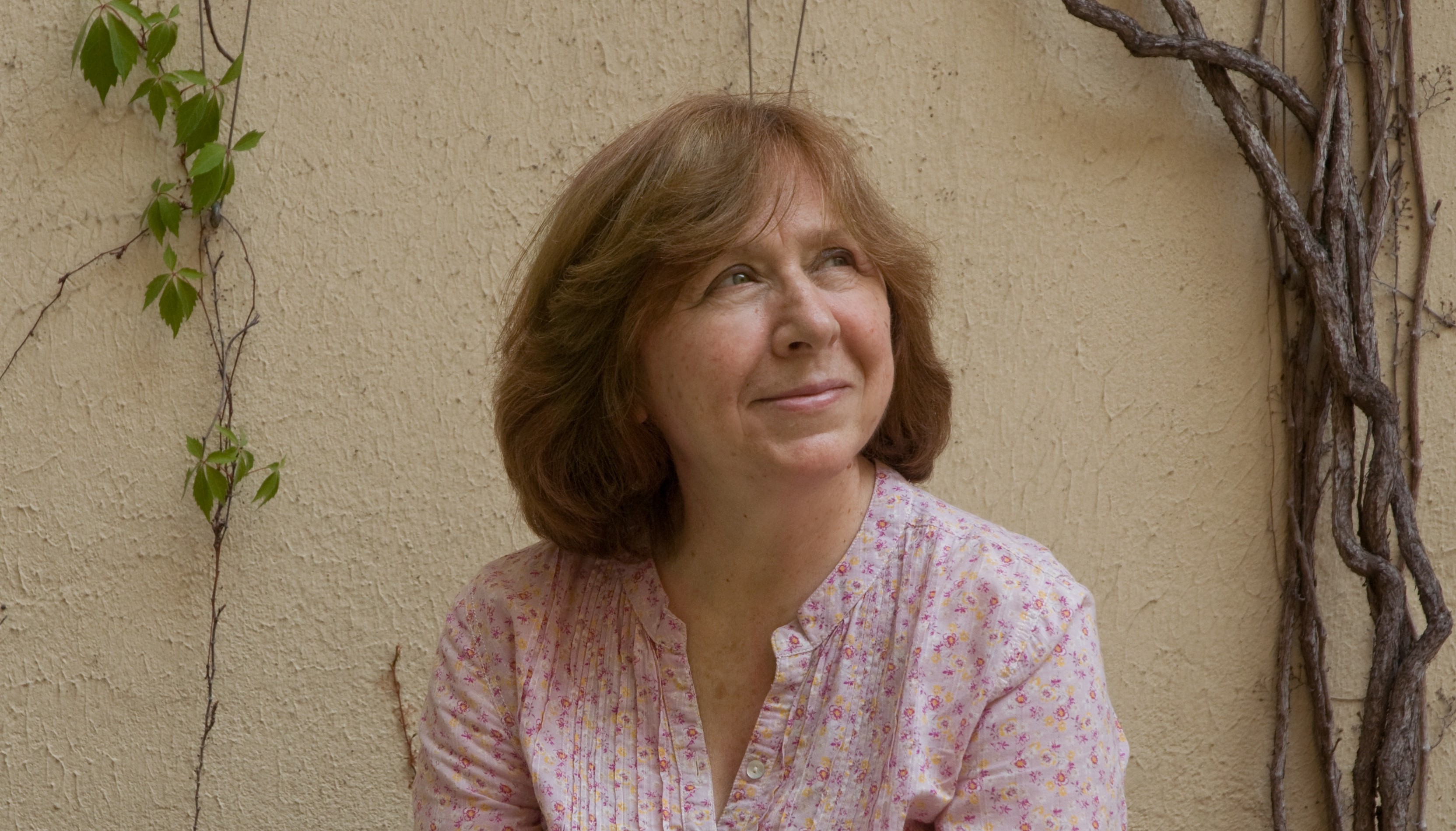 Svetlana Aleksijevitsj, born 31 May 1948 in Ukrainia and grew up in Belorussia. Her books add up to a literary chronicle of the emotional history of the Soviet and post-Soviet person.

Aleksijevitsj has been awarded with many international awards, including the Kurt Tucholsky Prize for the “Courage and Dignity in Writing” (the Swedish PEN), the Andrei Sinyavsky Prize “For the Nobility in Literature”, the independent Russian prize “Triumph”, the Leipzig Prize “For the European Mutual Understanding- 1998”, the German prizes “For the Best Political Book” and the Herder Prize.