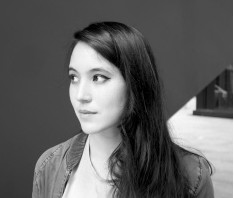 A bright future is predicted for Alexandra Kleeman in the USA. Her debut novel, You too can have a body like mine, which was published in August 2015, received brilliant reviews in the country’s most important newspapers. Seldom has there been a greater consensus among the critics about the fact that here we are faced with a great literary talent. Kleeman’s novel can be said to be situated in the tradition of Margaret Atwood, but with clear connections to contemporary philosophy and pop-culture. Her first collection of short stories will be published in the summer of 2016.