A passage to Lillehammer 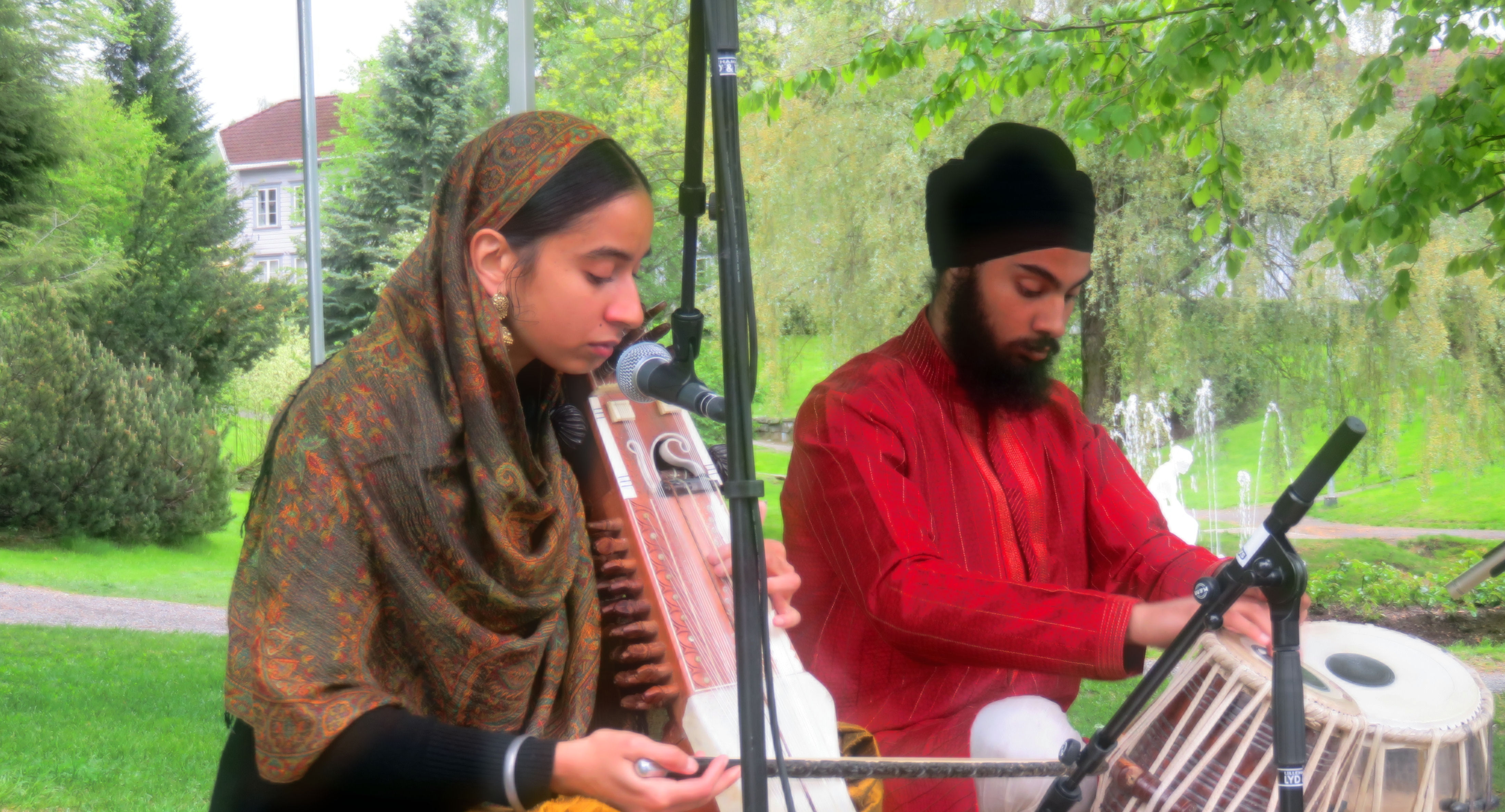 A personal journey along the Indian Festival Trail

The recent ranking of the Norwegian Festival of Literature as one of the top 20 literature festivals in the world must, in a large part, be a recognition of the organizers’ refusal to play safe – it would be easy just to invite local or established authors, or simply to promote the latest literary fads and bestsellers – but here in Lillehammer the festival is seen as an opportunity to broaden horizons and, this year in particular, to remove barriers between cultures, to provide tastes of a whole world of writing out there.

Because of the close association with ICORN and PEN international, whose own seminar program runs in conjunction with the festival, this year sees an unprecedented number of authors from some of the more challenged countries in the world, and, in particular, India.

Before the festival began, I spoke with the Indian poet and writer Jerry Pinto, catching him for a chat in Søndre Park on a break from his writing sessions in the study at Sigrid Undset’s old home, Bjerkebæk.  I mentioned that I was writing this piece about the experience of the Indian writers visiting the festival, and asked him what he thought was significant about such a large number of Indian authors being represented, to my surprise his immediate response was ‘don’t do it – if you write what the writers want to say, you will displease the authorities’, and, I was quick to realize, what might satisfy the authorities, might contradict what many of the writers would chose to write.

Politics, then; it is hard not to escape its connection to the written word in India. Pinto went on to explain the problems most writers face in that region, his concerns clear that the issues we see growing in the world today – the growth of dictatorial politicians, government influence on the media and so forth – are already long established as the norm in countries such as India; that simply to have one’s voice heard, let alone to publish, is staggeringly difficult.

Disconcerting.  Was it foolhardy or misguided for me to attempt this or, for that matter, for the festival organizers to try to fuse such opposite cultures; is it possible to blend an arctic land of a few millions with this boiling land of more than a billion? Well, I can report that, however it may have come about, the answer is an emphatic ‘yes’, furthermore it was a coming together so utterly natural.

How then has this festival, this fusion of north and south, worked out so wonderfully? Perhaps the biggest clue came from Tishani Doshi; at the opening concert, adorned in her Indian clothes, her gratitude expressed was not of geography or politics or cultural differences – it was the simple appreciation: ‘thank you for finding space in your programme for poetry’. It was clear that this often under-represented literary form was her focus, the reason why she was in Lillehammer.

As I spoke to more and more of our Indian guests, my initial question therefore became – what have the Norwegians been more curious about, your work or your culture? – For Salma and Ila Arun and many of the others, the answer was predominantly the former.  Of course, it is invariably difficult to separate the two things, yet it was apparent that being Indian was not a novelty; the curiosity of the festival visitors, reassuringly, was focused on writing – India was a factor, but merely one of many.

So, if the connection was the work, what was the key that made Norwegians so intrigued by the Indian writers, and in return, what was it, for example, that made Ila Arun so giddy at the idea of sneaking on to the stage at Gålå to recite a little Peer Gynt in her native language? Speaking to Dr. Sharad Paul, he suggested a connection that did not surprise me and seemed to suddenly make my perception of the two cultures being radically different, seem rather misjudged – Dr. Paul proposed that both nations are deeply philosophical.  It is true, of course, and the more one reads of the experiences and imaginations of writers from the two countries the more one discovers that geography and politics may influence many things but our cultures have surprisingly similar cultural building blocks – post-colonial society, countries of particular extremes and that innate desire to understand and explain the world – whatever it may look like outside our windows.

As I sit here on the fifth day of the festival,  back amongst the pines and rhododendrons of Søndre Park, a sea of Norwegian faces are absorbed by the enchanting voice of Amrit Lohia. As it fills the air, the hypnotic twang of her sarangi seems to resonate through the valley, not at all out of place, but like some magical echo travelled across the world.

India is a land of languages, over 1500 of them, so it was impossible for the festival to recognize any more than a small percentage of these; more importantly, we feel we have assembled a cross section of different cultural and social perspectives and varying disciplines of the written word. Whilst it is frustrating that we could offer just a small taste of India, we certainly have offered some intriguing flavours and plenty of new ideas to chew over – and that is surely a recipe for success.

Gavin Wright is a volunteer at this year’s festival and, under the name ‘Favourite Colours’, the author of two novels – ‘Modern Man is Ultra Quick’ and ‘Emily Osgarby’s Autobiography’, and two collections of short stories – ‘In the Shallows’ and ‘ The Winter the Snow was Heaviest’.