British focus for the 2022 Norwegian Festival of Literature 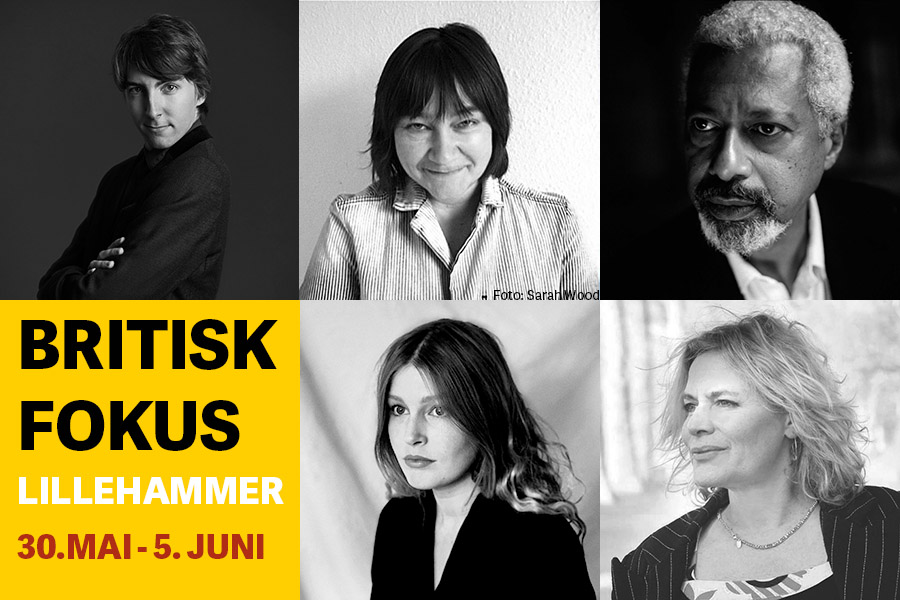 British star authors along with new voices will be the core of The Norwegian Festival of Literature’s British focus this spring. Ali Smith, Abdulrazak Gurnah, Deborah Levy, Jack Meggitt Phillips and Maddie Mortimer are among the authors coming to Lillehammer. Other influences on the program include our enthusiasm for British pop culture, humour, brit-pop and of course football.

“Norwegians are more closely connected to Great Britain than we might think. For many, the British culture is more important to our identity and self-understanding than our Norse cultural heritage”, says artistic advisor Marit Eikemo.

Norway and Great Britain have cultivated political, geographic, and cultural bonds – somewhat on the outer edges of Europe, is a common feeling of being outsiders of sorts to the greater currents on the continent. The closeness to Great Britain has been a central factor in Norwegian modern history. When we got our king in 1905, we also got a queen from the British royal family.

“After Brexit, and in the wake of the pandemic, it is more apt than ever to show the full span of British literature. All of it, from debutants to Nobel- and Booker Prize winners, will be represented in Lillehammer. We will also show the connections to our history, politics, and culture. How are authors of the Nordic countries influenced and inspired by British literary canon and pop culture?”

At the base of our culture

Shakespeare, the Brontë-sisters, Virginia Woold are all elements of our cultural foundation. Roald Dahl, Tolkien and JK Rowling keep recruiting new generations of readers. The Beatles, James Bond and Monty Python are some of our most important pop-cultural references. Norwegians’ pull towards British crime books start with Agatha Christie and Sherlock Holmes, and a lot of Norwegian humour derives directly from British understatement and nonsense. Our dominating sport – football – also came from the Brits.

We look forward to magnificent meetings of Norwegian and British literature and culture in Lillehammer. We hope and believe that it will throw new light on the culture and history of both nations.