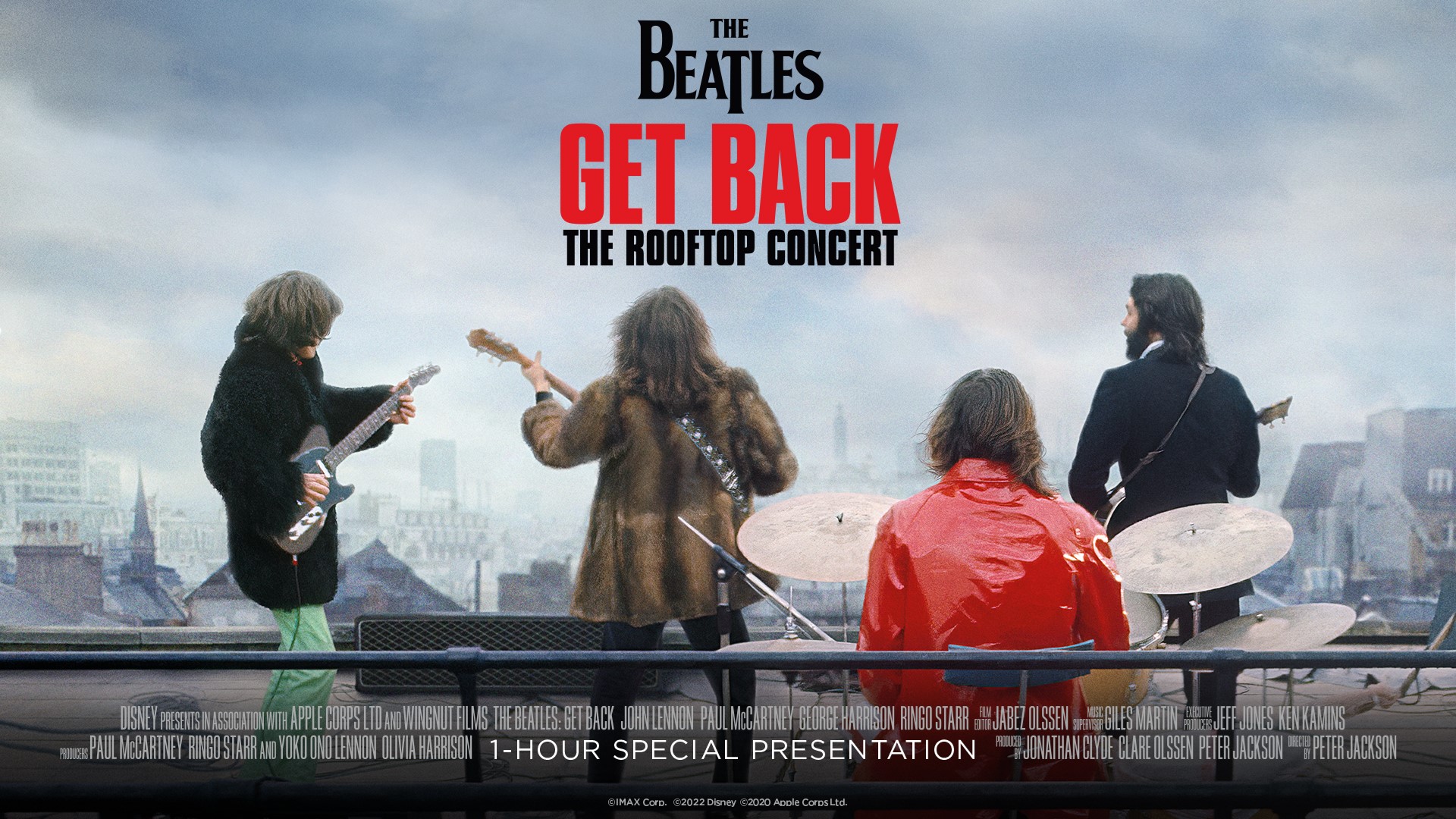 ”THE BEATLES – GET BACK: THE ROOFTOP CONCERT”

Experience The Beatles' unforgettable Rooftop Concert at the cinema.

The concert is from the documentary series The Beatles: Get Back, directed by Peter Jackson. The Rooftop Concert is the band's last concert, held unannounced on the roof of the Apple building in Savile Row, London in 1969, and is mentioned as one of the most legendary concerts the band ever played.

We have an open cinema bar, with the possibility to buy beer/wine. 18-year age limit at the event.