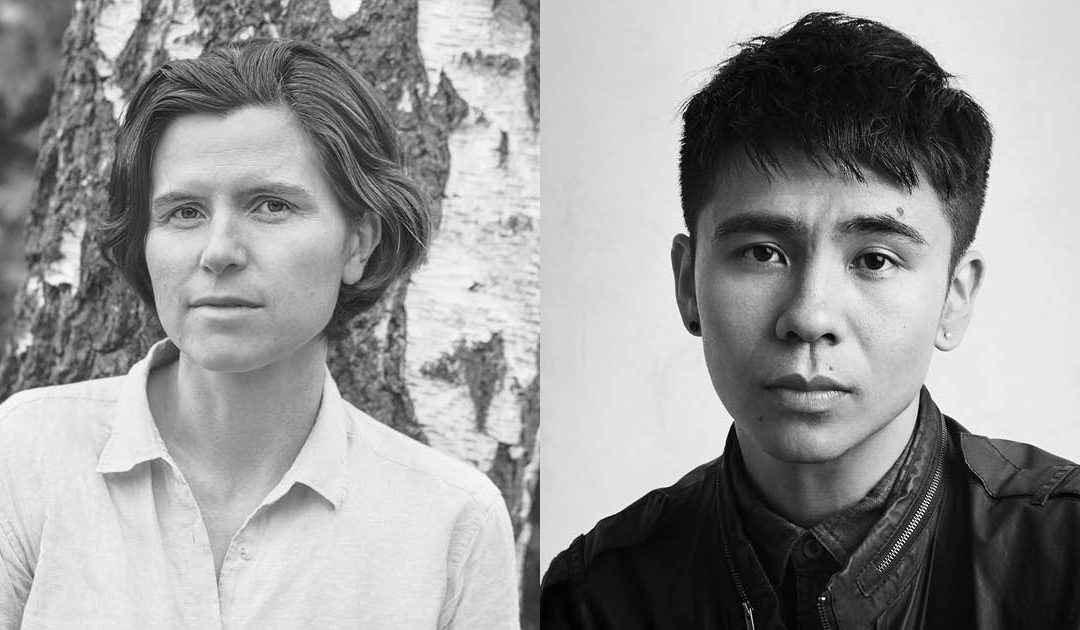 This year’s Future Library Author is the German author Judith Schalansky. Her originality, time span and wingspan as a writer and book artist have been greatly celebrated. Schalansky is coming to Oslo this spring to hand over her new manuscript. Author Ocean Vuong, who had to postpone his visit this year due to covid, will join Schalansky, and both are coming to the Norwegian Festival of Literature.

Giving voice to what has been silenced

Scottish artist Katie Paterson is the brain behind the Future Library project. She gives the following reasons for inviting Schalansky to deliver the next book to the Future Library, a text that, like the other books in the library, will only reach its readers in the next century:

«Judith Schalansky is an outstanding writer who celebrates a vanishing nature. By weaving fiction, autobiography and history together, she reflects on the loss of languages, landscapes, cultures and climates that represent our time. Her books bring the past into the present, conjure up the forgotten, give voice to that which has been silenced, and mourn what is lost. Libraries and books protect the distant and forgotten. It is, therefore, a great pleasure to welcome this truly original author into the Future Library, a living archive that preserves the traces of our time.»

Judith Schalansky is a trained designer and sees herself as someone who creates rather than writes books. She believes one cannot separate the form from the content, which distinguishes her books from most publications, and she designs them entirely herself.

In her writing, Schalansky has been concerned with memories, with the imaginary – literature in the borderland between fiction and reality. She says this about being incorporated into the Future Library:

«What Katie Paterson has created by establishing the Future Library is nothing short of a magical ritual — a newly invented tradition that, with its annual celebration, tells us that, though we are alive, we are ancestors and foremothers, and that the planet we inhabit is a ruin caught between yesterday and tomorrow. At the core of this project, as it is with almost all ritual habits and customs, lies a taboo (hidden texts), a sacrifice (communal trees) and the recognition of something greater, more far-reaching and more fundamental than our existence – the growth and development of vegetation. As far back as a thousand years ago, writing was described as an act that multiplies itself in time and space. By writing, as by reading, we create an intellectual tradition that runs side by side with the conventional biological heritage.»

From Atlas of Remote Islands to last year’s An Inventory of Losses, Schalansky has had an archival cataloguing project that has garnered international awards and acclaim from critics and readers worldwide. She has been translated into 21 languages and was nominated for the International Booker Prize in 2021. She won the Wilhelm Raabe Literature Prize for 2018 and the Irmtraud Morgner Literature Prize for 2018. Recently, she won the Warwick Award for Best Translated Book by a Female Author. Three of her books are published in Norwegian, all by Forlaget Press, Atlas over fjerne øyer (2012), translated by Per Qvale, Sjiraffens hals (2013), translated by Elisabeth Beanca Halvorsen and Fortegnelser over det tapte (2021) also translated by Halvorsen.

«Spruce trees are fast-growing, claimless trees commonly associated with industrial forestry. That those of all trees should be at the center of this centuries-old ritual anchors it in a present that tends to steer clear of the sacred while longing for it. I am no stranger to this longing; it is one of the reasons why I gladly and humbly accept the invitation to become part of this young but exciting tradition – part of a community of time capsule writers and guardians of secrets. I accept the invitation in the hope that I have something meaningful to say to future ninety-one-year-olds from now and that I will see this imaginary and yet very real library grow for many years to come.»

«Judith Schalansky was at the Norwegian Festival of Literature in 2013 when her debut book Atlas of Remote Islands was published in Norwegian. We are pleased to collaborate with The Future Library and look forward to getting Schalansky back to Lillehammer this spring, now as a Future Library author and with an outstanding authorship in her suitcase,» says festival director Marit Borkenhagen.

Borkenhagen is pleased to have two Future Library authors for the festival in 2023.

«Next year, we will also collaborate on bringing Ocean Voung to Norway, which both the festival and the Future Library have tried to achieve in the past. Now it’s finally going to happen!»

In dialogue with the world

In 2023, the festival will go into dialogue with the world.

«We live in a globalised world, where distances between countries have shrunk dramatically over the past fifty years,» says Borkenhagen, and continues: «This has brought new challenges for all of us, but also opportunities to think and act together about the major problems facing the world: climate issues, pandemics, wars and refugee flows».

In Nordmarka, in a forest just outside Oslo, a thousand trees have been planted. The trees will become paper for a unique book anthology that will be printed in a hundred years. Between now and then, one author a year will contribute a text, texts that will be stored safely and unpublished until 2114. All hundred manuscripts will be kept in a specially designed room in the new Deichman library in Bjørvika. No adult living today will ever know what the boxes contain, except for the title, that they are texts of some kind, and that they will stand the test of time and be technologically available in the year 2114.

So far, eight authors have contributed new texts. The first was Canadian author Margaret Atwood (2014), followed by British author David Mitchell (2015). The third was Icelandic poet, novelist and lyricist Sjón (2016), the fourth was author Elif Shafak (2017), the fifth was Han Kang (2018) from South Korea, the sixth is Norway’s own Karl Ove Knausgård (2019). Seventh was Ocean Vuong who was born in Vietnam and grew up in the US, and the eighth was Tsitsi Dangarembga from Zimbabwe.

Future Library Foundation collaborates with the Norwegian Festival of Literature.